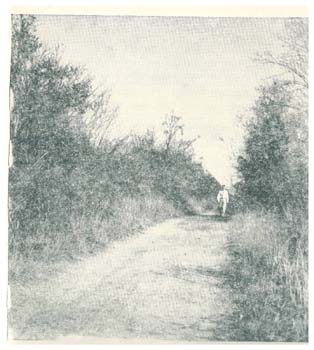 Part of an old Indian Path which ran from Charleston to the Congarees, from the Congarees to Ninety Six, and then from Ninety Six to Keowee and Cherokee Indian Country.

This old Indian path became the most noted route to the Cherokee Country and eventually became the chief highway of the province and state.

The part in Calhoun County led near Sandy Run Lutheran Church and Haig’s Hill and down to the “Russells” near “Amelia” which would be near where state secondary road #43 today crosses Halfway Swamp Creek.