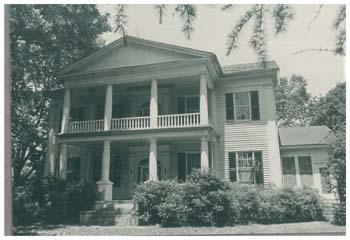 This home was named by its builder, Colonel William Russell Thomson, for its location. The site was “Midway” between Bellebroughton, his mother’s plantation, and Belleville, his boyhood home. The original home, built about 1780, is now the rear of the structure—the front section was added in the 1850s when the house was remodeled. At that time, fourteen rooms were removed from the original home and materials salvaged from the alterations were sufficient to build two other homes.