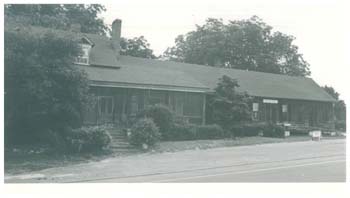 Built by Herman Geiger around 1820, the part that was used as a dwelling was the first part to be built. Used as a dry goods and grocery store, the front rooms accommodated the dry goods. The long wing was built in 1821 and used to store heavy groceries and other staples. F. W. Muller added a second story about 1846.